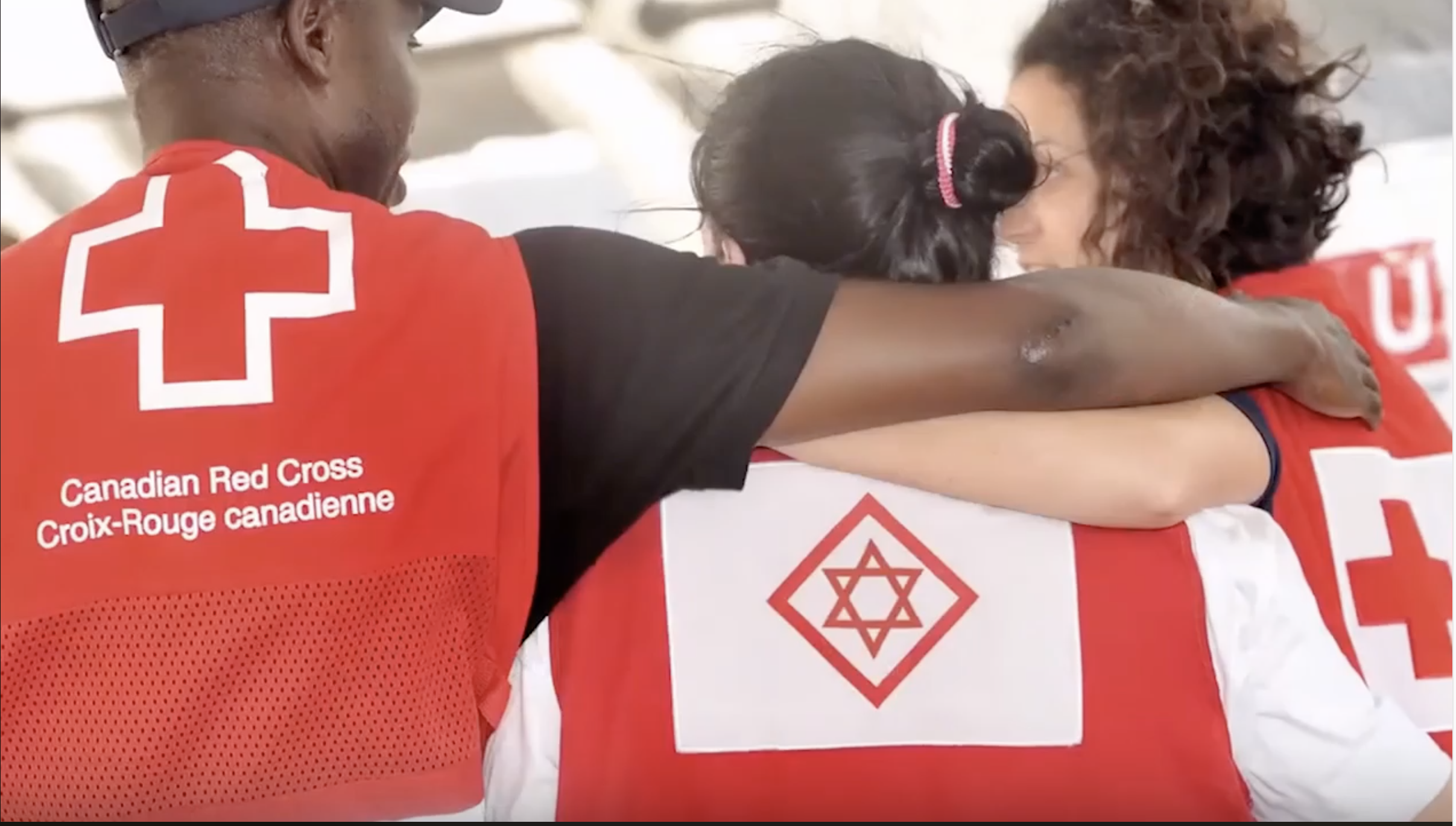 In 1859, a Swiss man named Henry Dunant traveled to a small town in Italy called Solferino, for a business meeting with Napoleon III (ruler of France at the time). Henry found himself at the scene of a battle that would change the course of history. After witnessing a battlefield full of nameless dead bodies and twice as many wounded soldiers who were left there unattended, Henry decided to do something about it. He arranged a provisional hospital in the nearby village of Castiglione, and with the help of volunteers recruited by him, he provided care, day and night, to the soldiers, regardless of the army in which they served.

After Henry returned home, the things he has seen in Solferino wouldn't leave his mind and he commemorates these in his book, "Un Souvenir de Solferino" ("A Memory of Solferino"). In the book, Henry suggested a revolutionary idea: to establish a neutral organization comprised of volunteers, shared by all the nations in the world, dedicated to providing humane (medical) care without prejudice. The organization would not be subordinate to any country and will operate independently. Henry's book became a best-seller and was translated into many languages. Henry advanced towards the realization of his dream: to establish one unified and universal society for treating the injured: the International Red Cross movement, as we know it today.

In 1864, the first Geneva Conference was held at the initiative of the Government of Switzerland. At that time, 12 nations signed an international convention based on ensuring neutrality of medical staff and adopting a unique emblem; the selected emblem was the Red Cross on a white background - the reverse colors of the flag of Switzerland, as a token of appreciation and recognition for having hosted the Conference. Later on, two more conventions were made, which together with the first convention, represent a solid idea based on seven principles: humanitarianism, neutrality, independence, unity, voluntary service, impartiality and universality.

Magen David Adom is Israel's National Rescue Organization and also the Israeli National Association in the international movement of the Red Cross and the Red Crescent, under the MDA Law (1950).

Magen David Adom was founded in 1930 as a national association with the purpose of providing medical aid to soldiers and supporting the population in times of emergency. Since its establishment, the Organization has been working in accordance with the seven fundamental principles of the Red Cross movement. Over the years MDA became Israel's official rescue organization, Israel's leading ambulance service and operator of the national blood bank.

MDA is active in various fields. We provide medical response in emergency situations; provide medical aid to the sick and the injured regardless of religion, race, nationality and gender. In addition, MDA has vast experience in dealing with terrorist attacks, m casualty events and activity in disaster situations in full coordination with all the emergency organizations in Israel.

Today, MDA is one of the world's leading organizations in emergency medicine, in terms of professionalism, technology and human resources. MDA teams are devoted to the life-saving mission and demonstrated determination, humanitarianism and volunteer spirit, occasionally in situations of personal risk and under fire. In addition to our activities as emergency medical organization, we conduct many humanitarian projects in Israel and abroad: food supply; activities involving sick children, the disabled and the elderly; development of medical services throughout the world in collaboration with the best medical personnel; first aid courses for the community; supporting and renovating orphanages and activities in disaster stricken areas.

In 2006, MDA was accepted as a member of the Red Cross Movement. In addition to the Red Shield of David, MDA also adopted the international emblem of Red Crystal. Since joining the Movement, MDA has intensified its involvement in the humanitarian field, through fruitful cooperation with ICRC and Red Crescent societies from all over the world (such as the American Red Cross, the Jordanian Red Crescent, the Haitian Red Cross, Norwegian Red Cross, to mention but a few).